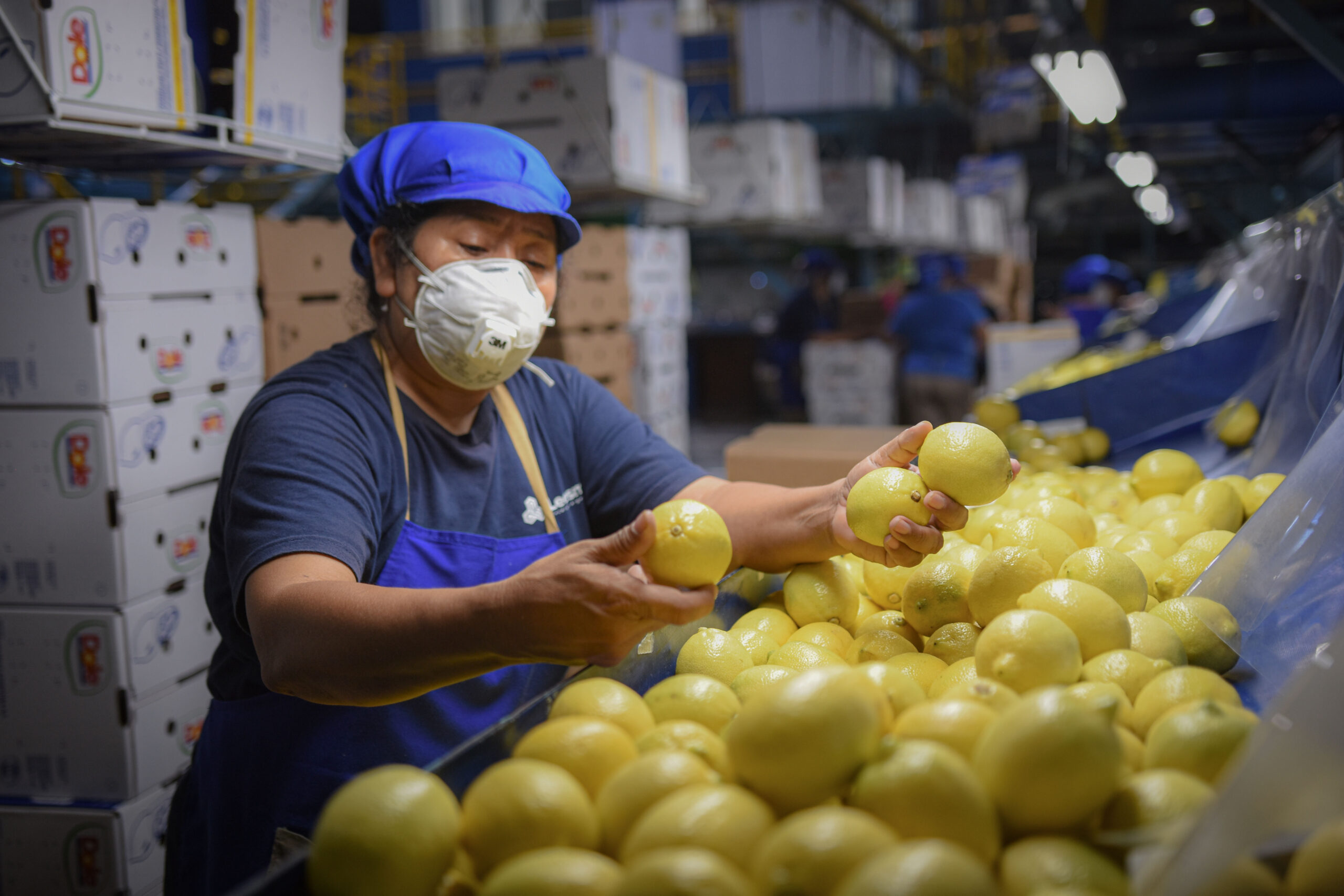 (Jujuy, April 16, 2021) Ledesma has implemented a new and modern working system using cohorts in its Fruit Business Packing Plant in the province of Jujuy, as a firm objective of consolidating its fresh fruit exports to the United States. Following three years of exporting, the company intends to triple the volume marketed by reaching 2,000 pallets of fresh fruit.

The agro-industrial company based in Jujuy has obtained the Certification issued by the National Service of Agri-Food Health and Quality Department (Servicio Nacional de Sanidad y Calidad Agroalimentaria, SENASA), validating Ledesma’s ability to ship fresh lemons to the demanding U.S. market, which prohibits the entry of the quarantine pest known as “fruit fly”.

Since 2017, Ledesma has invested USD 140,000 in major improvements in the fields, in harvesting methodologies and in rebuilding Citrusalta Packing Plant to comply with external requirements. The company has already doubled its export volume last year, based on its rapid learning process and the experience gained. In 2021, the objective is to triple said volume to reach 2,000 exported pallets. For this purpose, Ledesma had already adapted its Packing Plant, now reaching a greater capacity and enhanced technology.

“This is the result of the dedication, teamwork and transversal determination of Ledesma Fruit Business’ staff,” said Pablo Díaz, Head of the Packing Plant; and he added: “we’ve also been complying with all the applicable safeguard measures.”

“We have built an enclosed structure in Ledesma Packing Plant in line with a type of building distribution called “cohorts” among areas: we’ve divided the Plant into three areas: the first one is destined to fruit coming directly from the fields, the second one to packing and storage processes and the third one to product dispatch”, added Díaz; “We have already sealed all the openings (windows, and ventilation grilles) with insect-proof mesh, and entrances to the packing plant have been covered with a double door system and air curtains, jointly with light traps.”

Ledesma has been a lemons producer for more than 20 years; the company employs almost 2,500 people in the provinces of Jujuy and Salta within its Fruit, Juice and Essential oils businesses. It has 2,700 hectares in crops, a tree nursery of its own, two packing plants of fresh fruit and one concentrated juice and essential oil extraction production plant.

Ledesma is one of the largest exporters of fresh citrus in Argentina —holding the first place in the rank for the last two years— and the main exporter of oranges. As it also produces and commercializes grapefruits, it is one of the few companies in the country with integrated production of three citrus species.